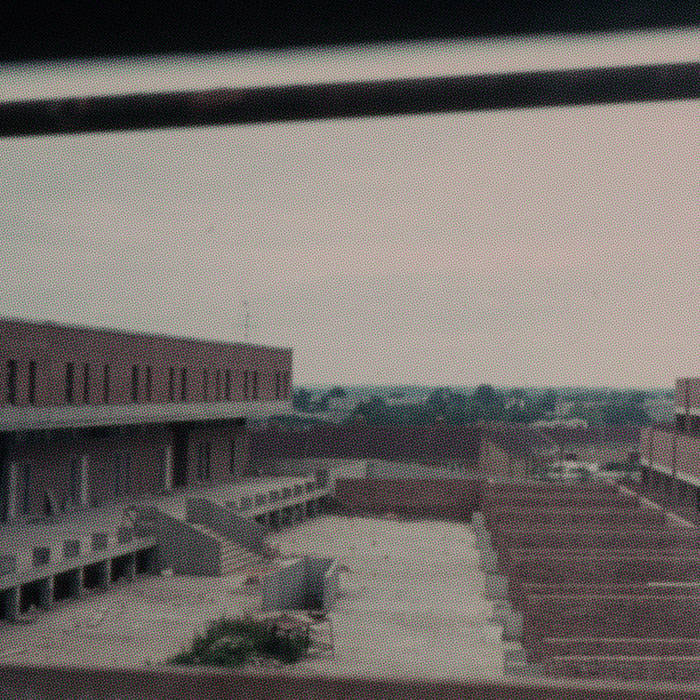 Plurals is a UK-based group, formed in 2007 and playing improvised drone/ambient/noise/psych music. In August 2015 they were invited to perform at the nocturne event of the Raversyde/Atlantikwall provincial open air museum in Belgium. This annual one-evening at the former German military fortification near Ostend is music and arts event with several spaces curated by Silken Tofu.

Plurals performed a special four-hour set in an empty circular gun emplacement. Atlantikwall is an edited recording of the performance, with instrumentation including guitars, synth, voice, cassette, radio and found objects.

At times the rawness of the recording reveals the nature of its setting: an open space; very high volume; a circulating audience. Throughout, Plurals’ sonic arsenal is uncompromisingly deployed, with brief pauses for breath breaking up stretches of layered intensity. On the whole, this is an excellent example of Plurals at their most long-form and exploratory.

Recorded at Atlantikwall in Raversyde (BE) on August 20th, 2015
Edited in the course of 2016
Mastered by Frederic Alstadt at Ångström Mastering, Brussels